Sometimes there’s nothing like a premium model from a premium brand… But are you just paying a premium or is it actually worth it?

I had always wanted to get my very own barbecue, and as I started to look into what’s out there… The prices of the Weber barbecues made me break a sweat without firing the barbecue nor owning it yet in the first place! But as I do like to get my money’s worth and give value to a multitude of things in barbecues, I decided to purchase the Smokey Joe Premium version which I deemed the most suitable for my needs: The balcony I have to use is fairly compact so I wanted something that was sturdy, reliable, safe, and I’d be lying if I didn’t agree to wanting something snazzy as well.

But is it worth the hefty price tag? Weber is most definitely cashing in on their accessories, however the barbecue itself is so well made that the price, whilst it probably includes some branding, is more than justified in my opinion. The barbecue is ridiculously sturdy despite the way it looks. And as you lift the barbecue up, the build-quality will come very apparent to you because it’s really heavy for the size. And that’s essentially what it is; a well-made quality product.

This is the one main aspect I want to bring up, as it’s common sense to me to consider when buying a barbecue because playing with fire is like… Well, playing with fire. So I especially give extra value to a well-built barbecue especially when using in fairly compact spaces.

I used my (fairly generic) IR thermometer to see how hot different surfaces get, and what I found out that the thick enamel of the barbecue is not just working to keep the things warm inside, but also with safety in mind. The well designed heat-shields both on the barbecue and the chimney starter I bought to go with this also make using the barbecue very safe and easy. For example the top handle gets up to around 70 Celsius during and after cooking, so even if it’s warm to the touch you could essentially just wrap the barbecue up and using the carry feature of this premium barbecue.

Please find some of the temperatures as below that I’ve measured. (There is probably some level of margin of error which I will have to point out, as using such a generic IR thermometer probably isn’t always 100% accurate and as different surfaces reflect differently they might cause problems in measuring as well as far as I know.)

Premium. Premium a hundred times more. The two differences between the Weber Smokey Joe Original and the Premium version are the colour choices and the seemingly simple but ingeniously engineered bar that doubles as a lid-holder, and this makes cooking so much cleaner, easier and safer! Not having to worry where to put the hot and probably a bit dirty lid is very nice when space is at a premium. The lid also works as a kind of a wind shield even when you’re cooking but don’t want to have the lid directly on the food!

And as it works as a carry handle that secures the top lid onto the barbecue, it makes moving the barbecue around even when it’s hot possible (And safe(r): 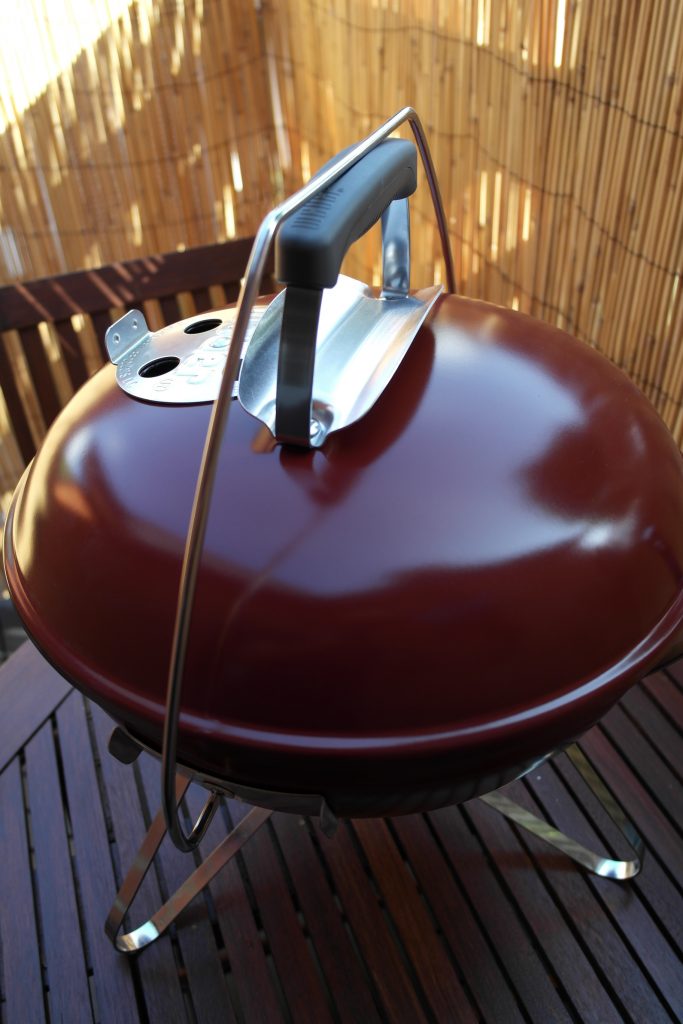 Here’s the barbecue in action so you can see roughly the size of it: 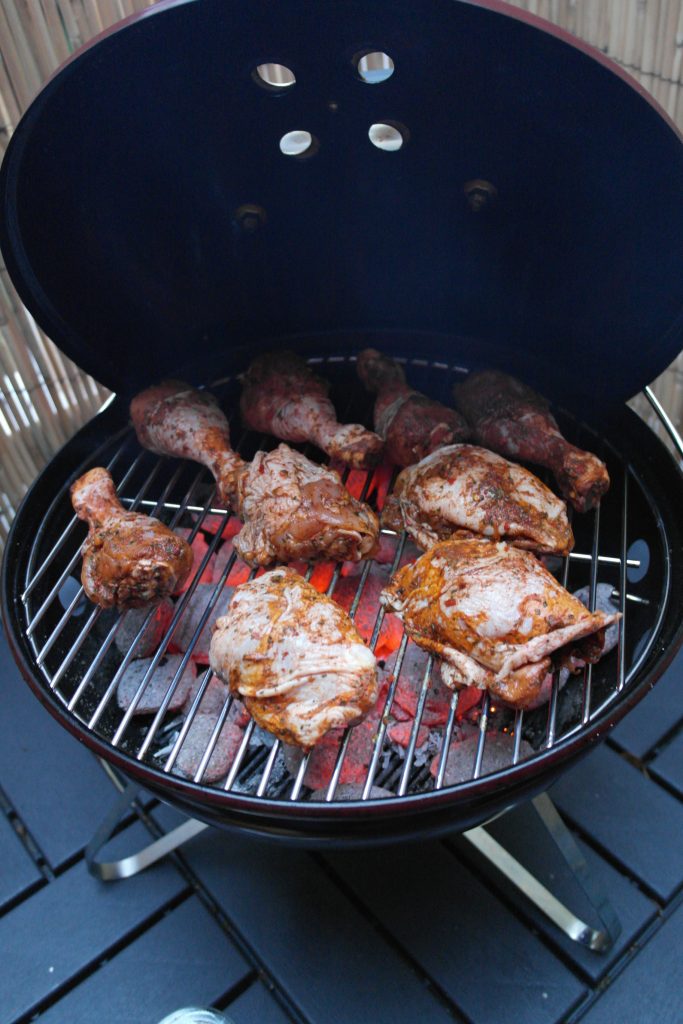 And just another snapshot to see the genius but simple carry-handle doubling as a lid-holder: 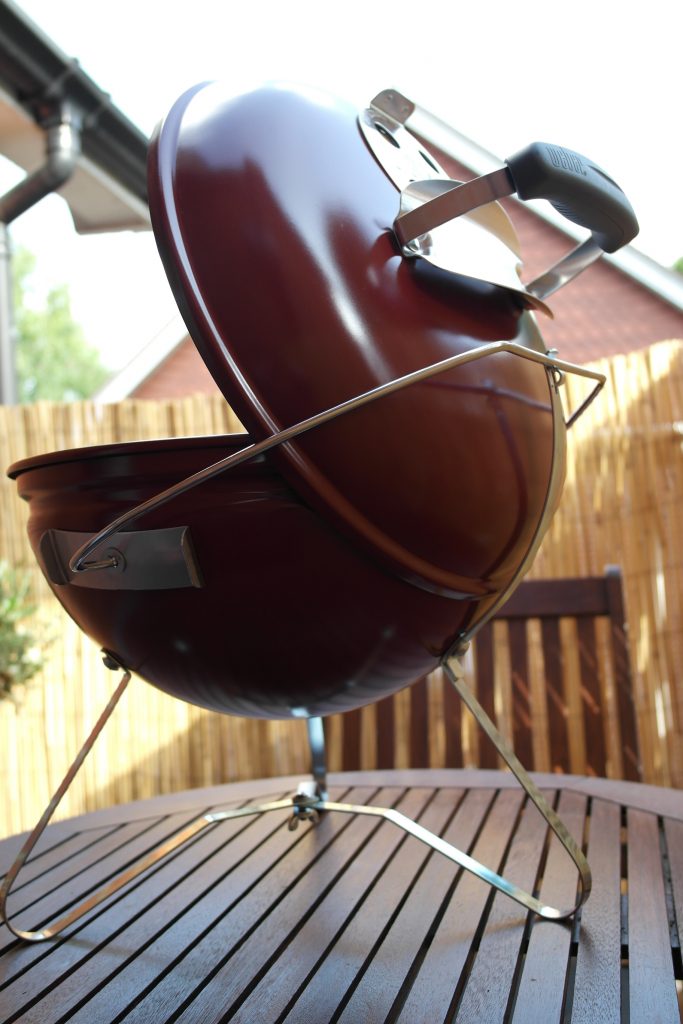 How does the barbecue look like after some use?

My only scrutiny is that the air vent on top was so tight to begin with, that it’s scratched the surface of the barbecue. But otherwise with just the absolute minimum amount of cleaning and TLC, the barbecue is almost as good as new – albeit a bit greasy and dirty from the most obvious places. 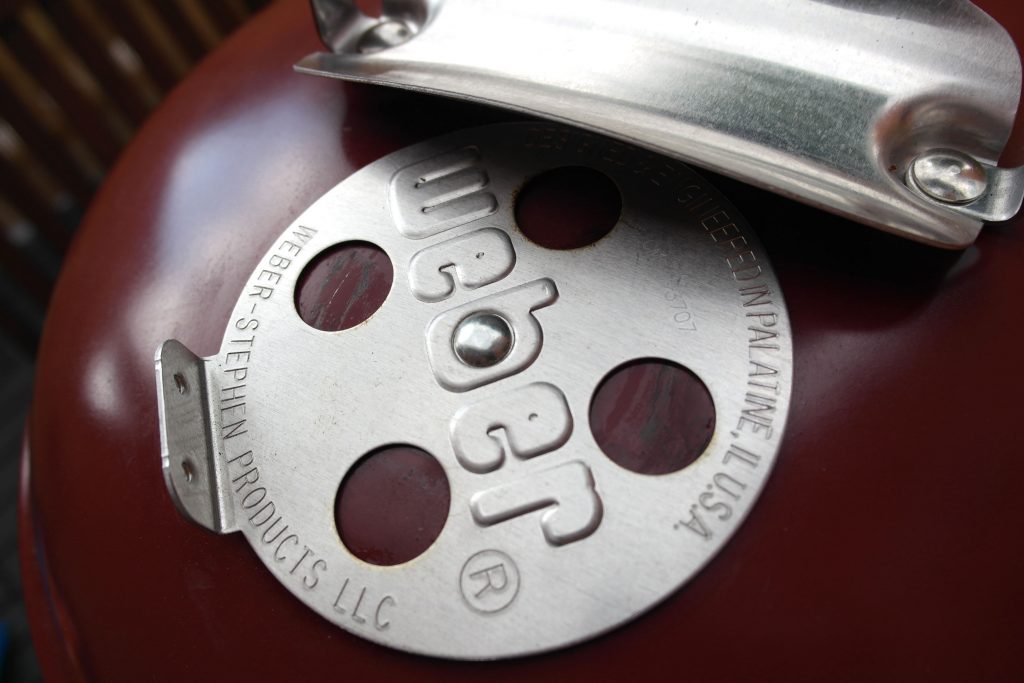 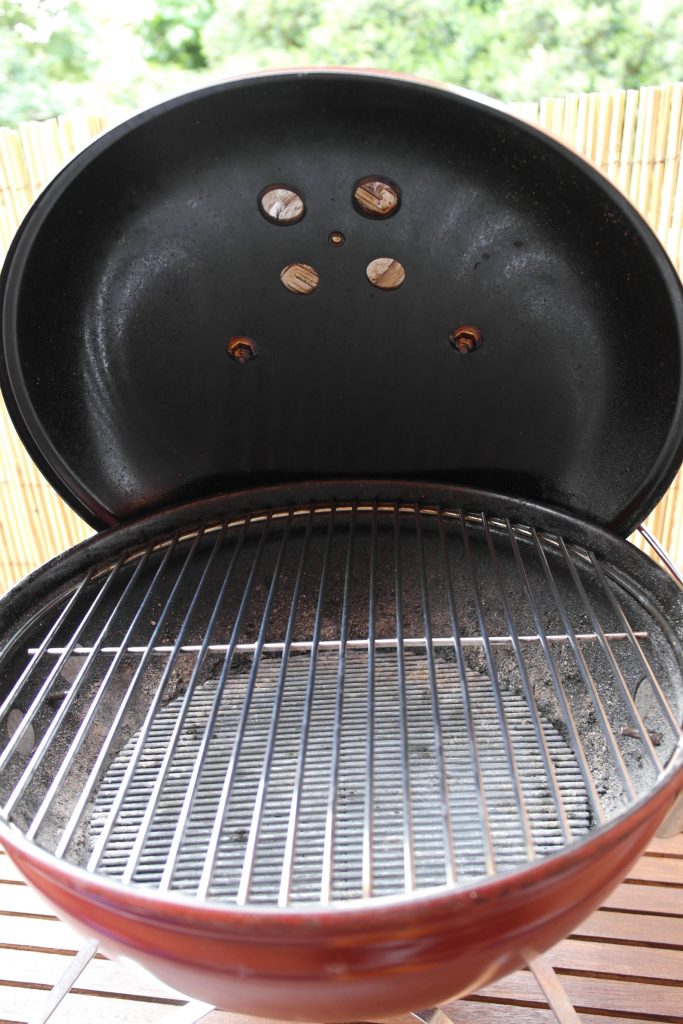 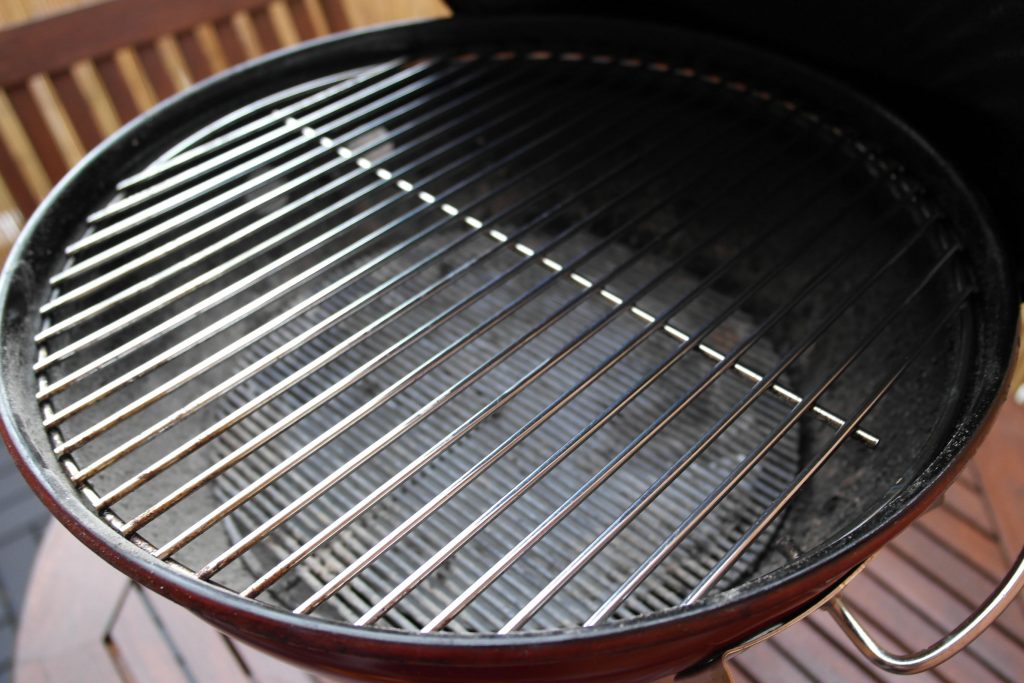 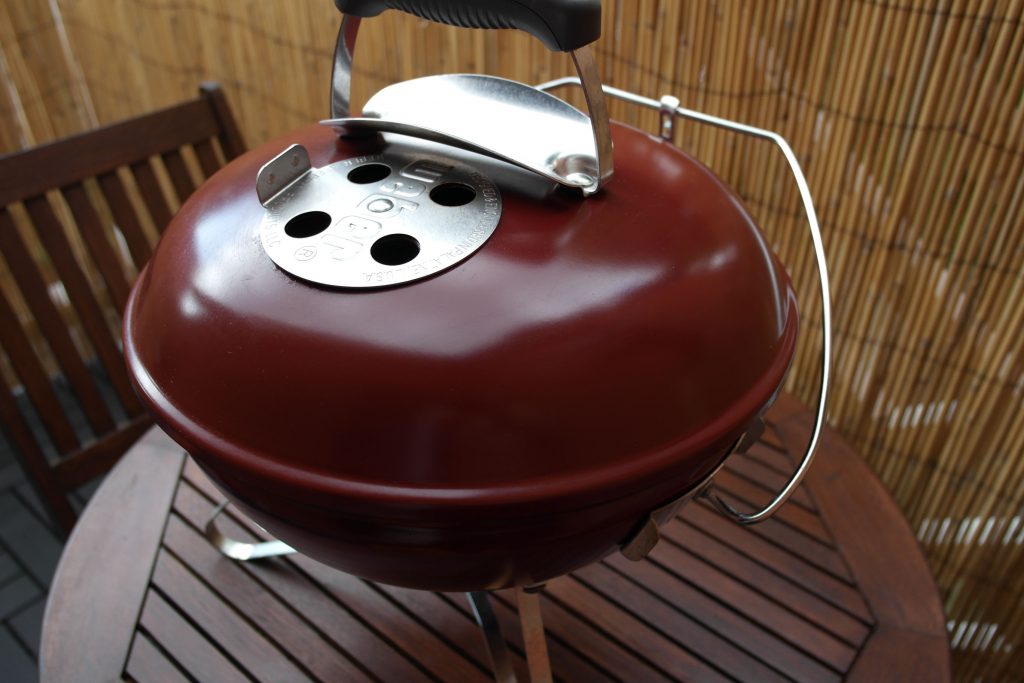 If you are only going to use the barbecue once per summer, or if you don’t have the energy to give the barbecue some TLC (i.e. clean it every now and then)… Then it’s pretty safe to say this barbecue isn’t for you – probably. Unless you like wasting money on things you don’t need. (I keep telling myself that I need some of the things that I maybe probably don’t, but that’s besides the point…)

Because if you’re not going to cook too often with this, maybe it’s not sensible to invest in a serious long-term-barbecue-relationship, but just go with a cheap fling instead. However if you’re looking for a compact, sturdy, great looking barbecue that’s very simple in its design but at the same time packs a nice set of features and will last you a decade or two with some care – then look no further!

HOWEVER…. The biggest issue with this barbecue is its size. As it is very compact; you should keep in mind that even if it would serve the typical barbecue needs for 2 people easily (most of the time), you will struggle if you’re feeding a group of 4 or more. 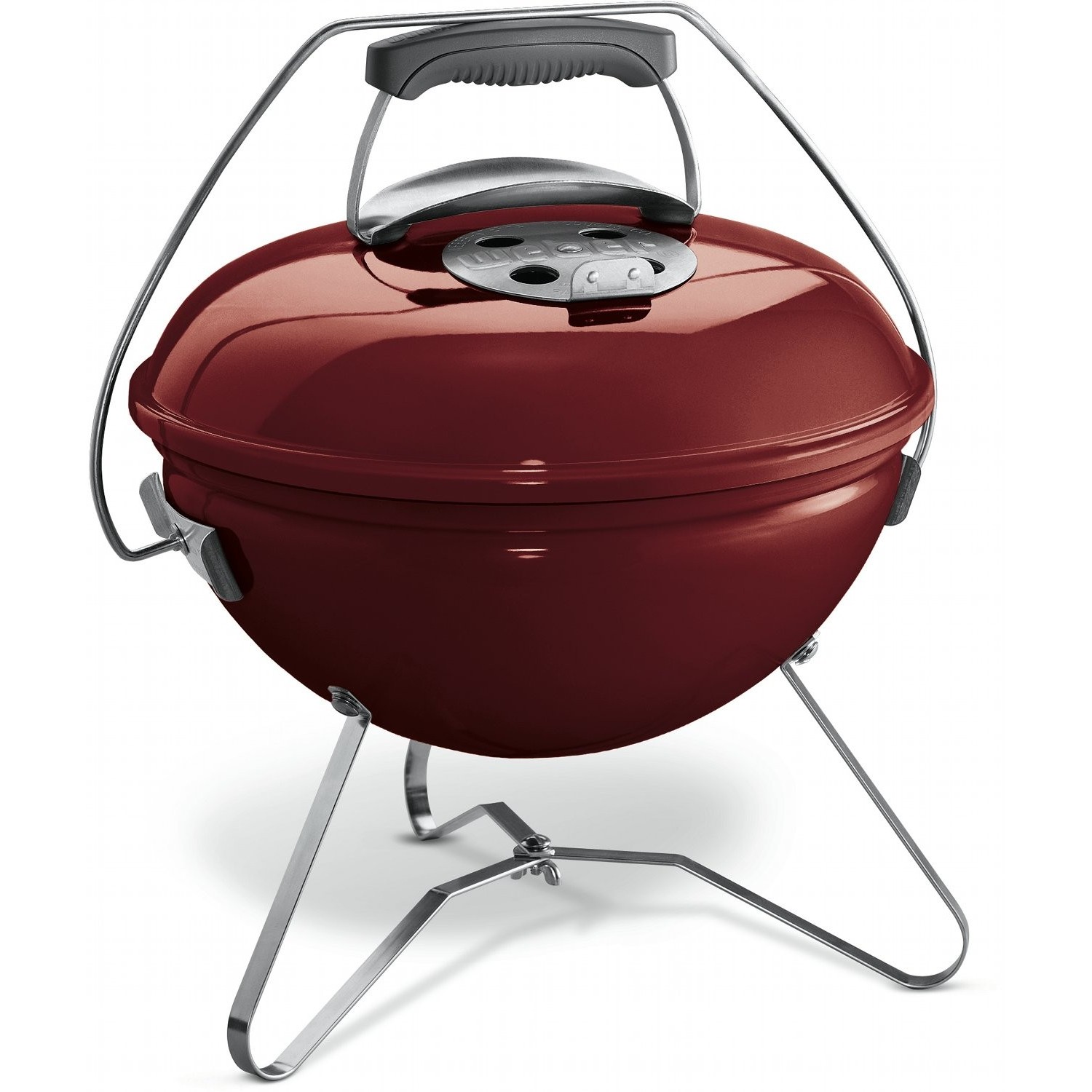 Premium product, be it at a premium price.