In Hot Sauces, The Worst 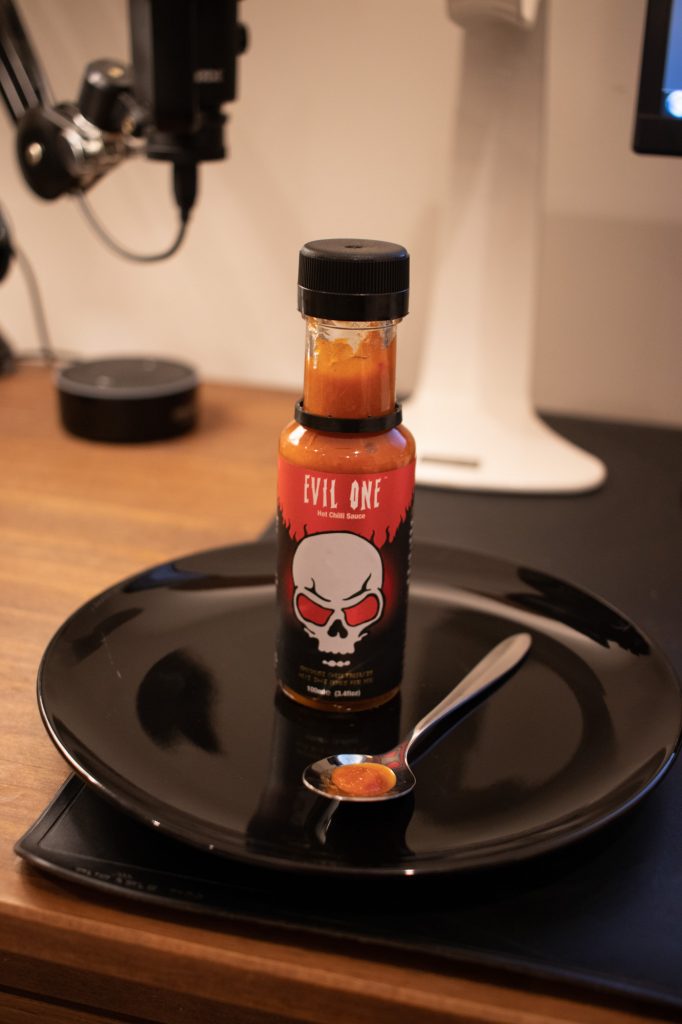 The consistency is quite thick and saucy which is nice, but the majority of the body seems to come from non-chili sources so that would explain why the sauce is fairly cheap on Amazon. So I guess it would be nice if the ingredients were mostly chilies AND it was of this consistency. But the body of the sauce clearly is from the mush of veggies. 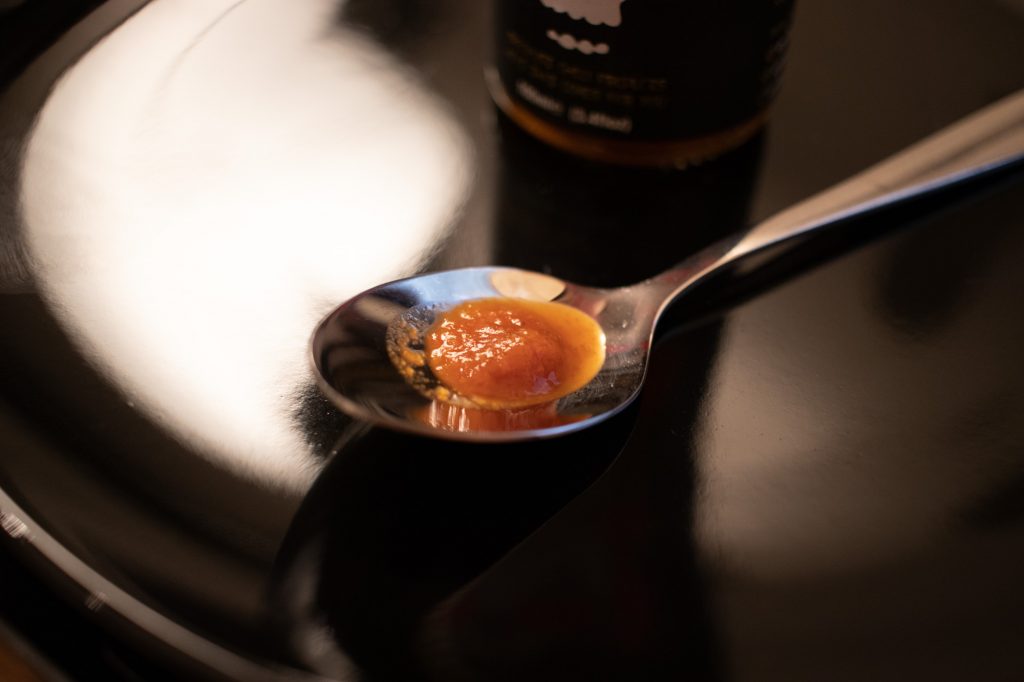 Quite nice. Not very hot saucy, but nice. Very garlicky and smokey almost, and the carrots and lemons come through a bit so it has a tiny bit of a fruitiness to it in addition to the chilies themselves. Doesn’t have that very HOT smell that you do get when you cut into real and fresh hot chilies, or when you have a whiff of a hot sauce that is mostly made with really hot and fresh chilies. So not bad but a bit bland in terms of being a hot sauce supposedly.

I did take almost half a teaspoon to have a proper taste of the sauce as it didn’t really smell that hot, but it does have a good amount of kick to it. And the heat does hit you straight out with a sort of an amount that it’s not unbearable but would still like to grab a cold drink. Unfortunately it doesn’t taste as nice as it smells like – both the taste and especially the burn are without a soul or seem very artificial. My guess being that since it’s got “Capsicum Oleoresin” added to it to add the heat, rather than using actual chilies. It’s not awful but it is not that nice either. But it is definitely more awful than nice kind of a burn. I won’t be eating this more on its own, or otherwise at all.

Originally I thought I would use this in cooking but you should only add foods as ingredients that you want to eat.

It’s the same principle with wine: If wouldn’t want to drink the wine on it’s own you shouldn’t use it in cooking either.

The suggested use on the bottle is for pasta dishes, which actually sort of makes sense because the hot sauce more or less smells like a pasta sauce with a bit of a kick to it – as it does consist of onions and carrots and peppers.

I have to admit I only chose the chili sauce because it was on Amazon as an “Add-On item” and quite cheap, AND because the ingredient list said it’s mostly red peppers – but after realising that there’s not that much of a hot chili smell or flavour to the sauce it must mean red BELL peppers and not actual hot peppers of any sort?! My mistake I suppose. But just to add salt to injury I didn’t read the whole list of ingredients that points out the added capsicum for the extra kick –  which is a dead giveaway that it is not going to be a very nice or well made and what the most of us would call an authentic hot sauce.

I can imagine this is just fine for cooking if you don’t want to give that authentic chili flavour to anything but just a garlicky extra kick to a sauce – but on its own it’s not what anyone would want I imagine. Yuck. The hotness just reminds me of that artificial hotness that you get sometimes even in restaurants that lacks all the fruitiness and the flavours of the actual chilies, but it’s made thicker with tasty things instead and some artificial kick added to it. For it to be a hotter hot sauce than a mush of BELL (?) peppers and onions would be otherwise.

If I were to describe Evil One hot sauce in one sentence:

A mediocre and bland pasta sauce with an artificial kick added to it.

Update 15/01/2019: Last night my better half asked me “Which one of the hot sauces in the fridge can I use?” – So I said anyone will do, and then realised I still had this one in the fridge. So, I threw the essentially full bottle in the bin and she said “Don’t throw it away that’s a waste of money!” To which I could only respond: Yes – it was a waste of money.

If you still would like to purchase this (and if you don’t – nobody’s blaming you!) or something else from Amazon.co.uk – Please do feel free to click through the provided links: